I’ve been wanting to do a blog post talking about my childhood memories of books for a while. Then I came across the Childhood Book Tag! Originally created by River Moose-Reads, the tag was the perfect trip down memory lane.

1. First book you remember reading on your own?

I remember sitting on my bedroom floor in the early hours of the morning, waiting for the rest of the household to wake up, and reading The Trouble With… by Babette Cole, which is apparently now out of print! 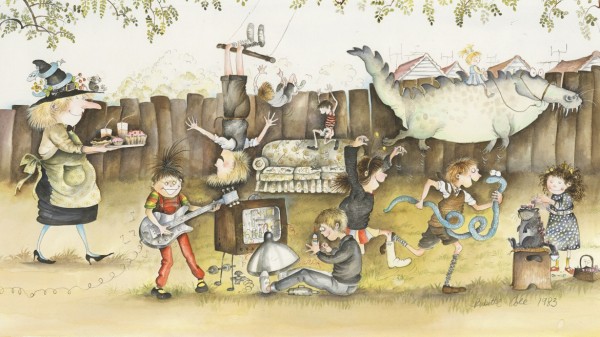 “The trouble with mum is the hat she wears…” (She’s a witch!)

2. First book you remember having your parents read you?

The Complete Adventures of Blinky Bill by Dorothy Wall. The edition I have is red and battered to bits.

I started reading Harry Potter because my best friend in primary school was reading it, and also because my brother took me to see the Philosopher’s Stone the day it came out. In the end, that really influenced me to become a bookworm!

In high school we read Snow Falling on Cedars by David Guterson which is a crime novel with themes of racism and war. I really enjoyed it but I haven’t read it since, although I bought a copy a few years ago with intentions of picking it up again someday.

Not including Harry Potter because I’ve already mentioned it, I would have to say Stuart Little by E.B. White. It wasn’t my favourite but it was the first book I read while walking home, standing up and crossing roads. I couldn’t put it down.

Again, avoiding Harry Potter, I really enjoyed A Series of Unfortunate Events by Lemony Snicket. I never finished the series because they were always loaned out from the library!

I loved The Vampire Chronicles by Anne Rice, which then got me into Twilight. I remember my parents went on a holiday and left me home on my own and the first thing I did was go to the bookshop (nerd, haha).

The Twilight cover stood out on the shelves immediately and I devoured it over that weekend. Team Edward forever.

8. Book you gave up on as a kid that you’d like to revisit?

His Dark Materials by Phillip Pullman. My brother gave me his omnibus copy and I read half the first book before giving up and I can’t remember why. But I bought the same omnibus edition recently and I want to try again!

9. Book you checked out from the library the most as a kid?

Hmm, I don’t think I did this. But I remember reading Witch by Christopher Pike again and again and again. It’s about a girl with the power to see into the future. She sees her friend get shot and attempts to stop it from happening but, well, you shouldn’t mess with time and magic.

10. Book you made all your friends read?

11. The book that made you love reading?

I bet you know the answer by now! (Harry Potter <3) 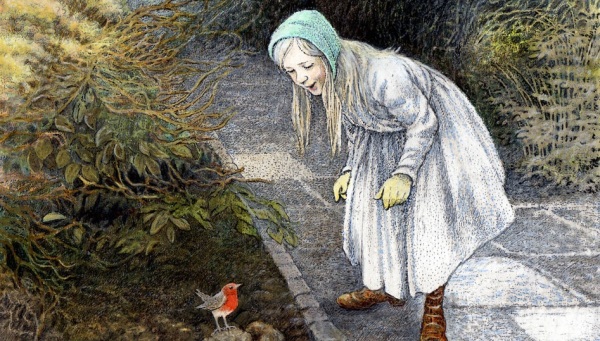 Mary, Mary, quite contrary, how does your garden grow?

All the ones I’ve mentioned above but also these: The Secret Garden by Frances Hodgson Burnett, The Chronicles of Narnia by C.S. Lewis, Charlie and the Chocolate Factory by Roald Dahl, Alice’s Adventures in Wonderland by Lewis Carroll, The Book Thief by Markus Zusak, The Curious Incident of the Dog in the Night-Time by Mark Haddon.

13. First long series you read as a kid?

14. How did you learn to read and how old were you?

I remember reading books quite young, and comfortably doing ‘home readers’ at school, so I guess kindergarten or earlier?

15. How obsessed were you with the scholastic book fairs as a kid?

Oh, man, they were the best! I used to hassle my mum to buy me books from the Jewel Kingdom series by Jahanna N. Malcolm because they had pretty girls on the covers and were sold with blingy necklaces with plastic jewels. But I only had the first four books.

I feel like they stopped doing those book fairs by the time I got out of year two… Then I became a ‘library monitor’ instead (nerd, lol).