September has been a wonderfully creative month for me. I’ve been writing more than I have all year, colouring in and making crafty things, and dabbling in book photography on Instagram…

You sometimes forget that there are so many other creative pursuits, and it’s good to nurture your muse in as many ways as possible.

Getting out the old paintbrushes or making something new can often feed back into your creative writing. 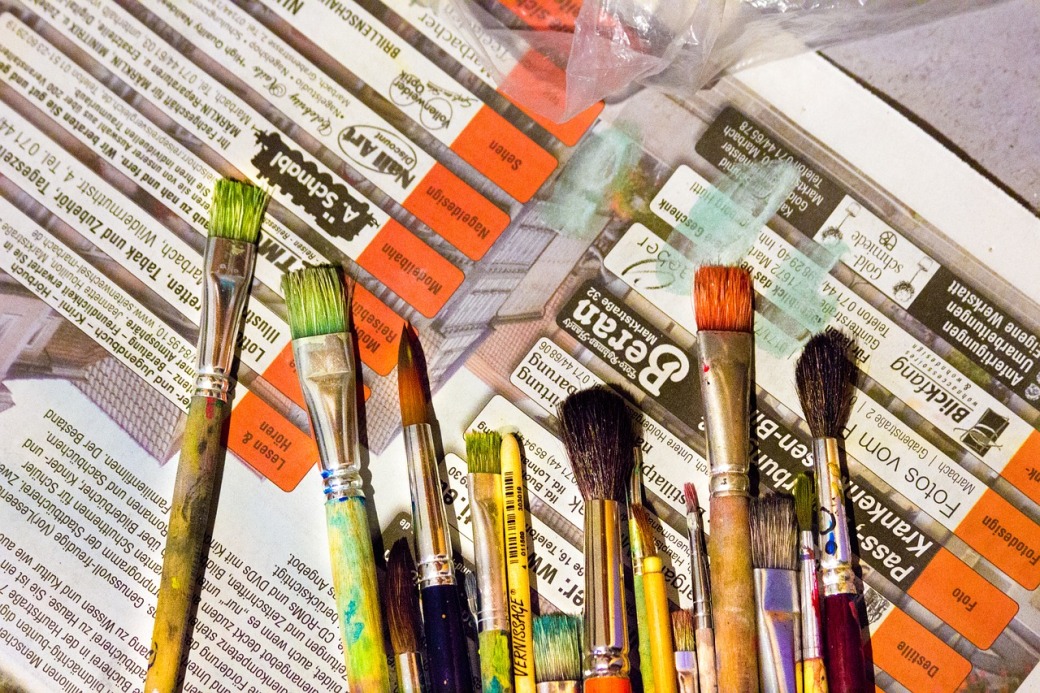 My writing has been about quantity and not quality this month and at the moment I’m just writing rubbish for the sake of writing. But I feel really refreshed, creatively. And that’s a nice thing.

Another new thing I’ve been dipping a toe into is listening to podcasts. I started listening to Your Creative Life on the train and it’s a really inspiring way to start the day.

I’ve also just started listening to fictional serials, in particular ‘Alice Isn’t Dead‘, and am finding the use of aural techniques in storytelling really interesting.

Since July, I’ve been taking part in ‘Bookstagram’ photo challenges. Every day there’s a new creative prompt and you take a photo of your books and share it with the Instagram world. 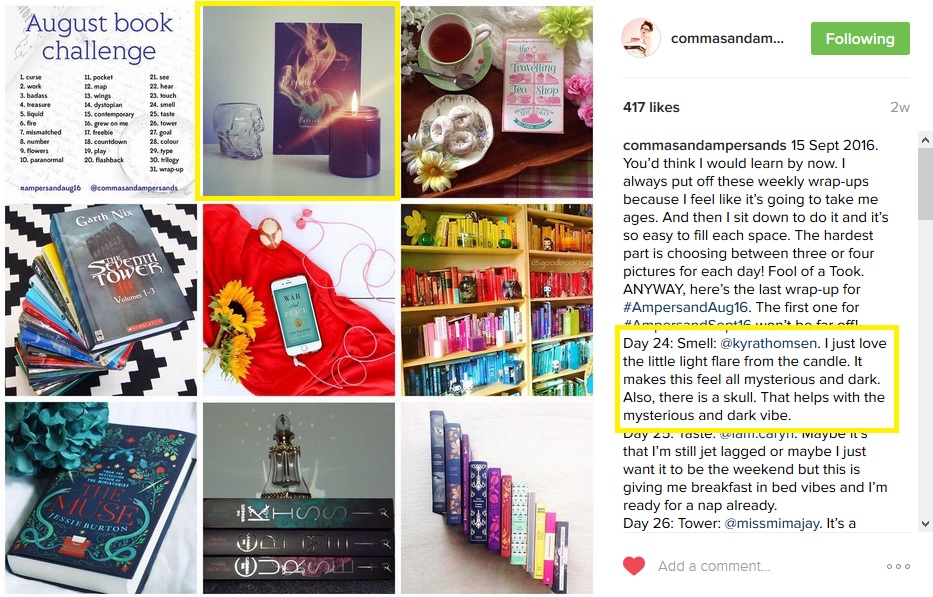 Featured on @commasandampersands for my photo of the daily prompt ‘smell’!

Last month I did a challenge called ‘AmpersandAug16’ (you can view my August bookstagram gallery here). In early September I found out that one of my photos had been chosen as a feature for that day’s prompt.

It really reaffirmed that I might have a knack for this photography thing, and there’s a community out there who love it just as much as I do.

In mid-September, I had a book review go live on the New South Wales Writers’ Centre blog. I was sent a copy of Michelle Cahill’s Letter to Pessoa about a week before it launched, and I flew through the reading.

And later in the month, I turned 25! I decided a few months ago that I would have a Harry Potter party, so a lot of the ‘crafty’ things that I mentioned earlier were making decorations. 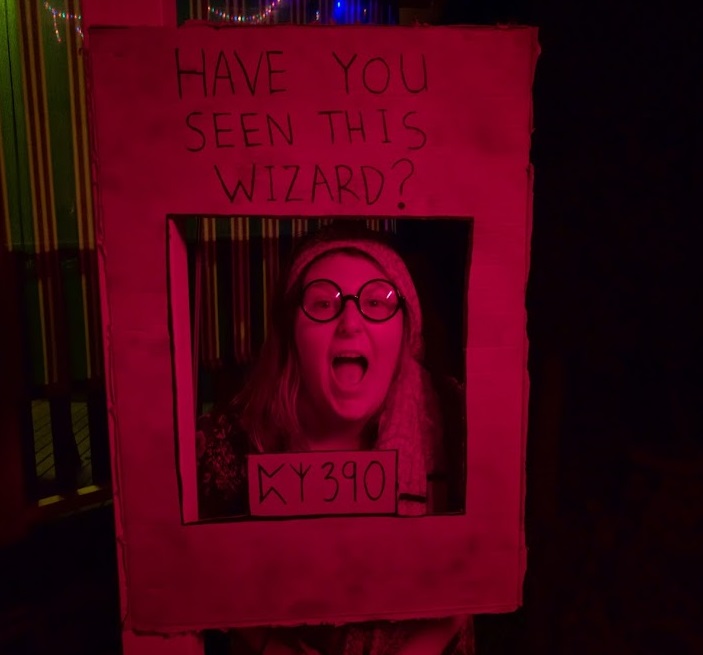 The place looked just as I imagined it, complete with fairy lights and jars of spiders among the chip n’ dip.

I haven’t planned too far ahead in October yet, but I do know that I’ll be officially starting a bullet journal (more on that next month!) and that I’ll be trying to plan a something to write in NaNoWriMo. The rest is an adventure!